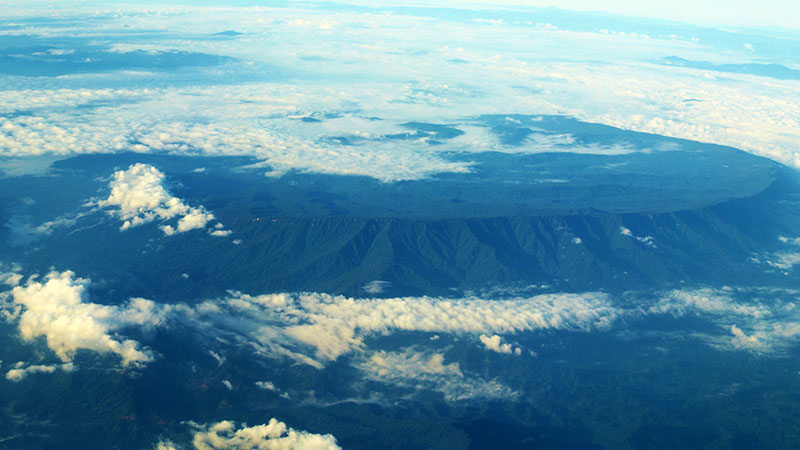 About Maliau Basin (The Lost World)

Touted as "The Lost World of Sabah", Maliau Basin Conservation Area (MBCA) is a remote and isolated place set on a 588.4 sq. km land in Central Part of Sabah, 190 km from Tawau. Maliau was a well-kept secret among the local Murut tribe. It was only in 1947, when a pilot almost crashed into its mist-shrouded cliffs that this mysterious place was revealed to the rest of the world.

Maliau is a self-contained pristine rainforest, where a rare assemblage of 12 types of forests covers the basin - from lower montane forest, heath forest and lowland dipterocarp forest to Casuarina-conifer forests as the altitude increases, thrived for million of years in a saucer-shaped basin hemmed in by mountains. Trekking further into the thick jungle, lies the astounding 7-tiered Maliau Falls, the highlight of the tour to Maliau Basin.

This tour is good for nature explorers, jungle trekkers and bird watchers as there are more than 30 species of mammals, 270 species of birds and over 80 species of orchids, rare and endemic, recorded. Recent scientific expeditions into Maliau Basin continue to uncover new species of flora and fauna. Visitors may take a dip in the scenic waterfall or go for a night drive to spot wildlife. Tours to Maliau Basin can be done in groups from 2 to 20 persons. Keen visitors must obtained prior permission from Yayasan Sabah to enter the Maliau Basin and all tours must be accompanied by guides or rangers.

How to get here?

Maliau Basin has limited access, communications facilities and amenities. Maliau Basin Conservation Area is reachable by four-wheel drive from the towns of Tawau or Keningau. The journey, over logging roads and oil palm estates, to its Security Gate takes about 5 hours, depending on weather and the road condition.