TRAVEL ADVICE - Is it safe to travel to Sabah?

There are still no reported coronavirus in Borneo

If you want to travel to Sabah, you can come here worry-free because Borneo is still safe from the novel coronavirus outbreaks!

Currently, all of Malaysia’s reported cases of the novel coronavirus (COVID-19) are in West Malaysia, which is about 3 hours of flight time away from Sabah on the island of Borneo. And so far, Sabah is still free from any COVID-19 infections. 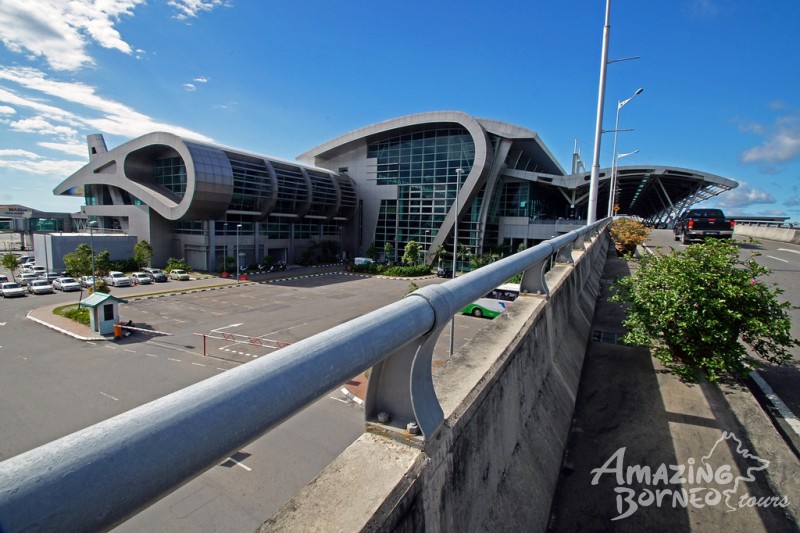 Ever since the beginning of the outbreak, Sabah has been vigilant and took stringent precautionary measures in ensuring the state is free from COVID-19. For example, the state’s immigration has enforced screening to all incoming international flight passengers for symptoms of COVID-19.

Besides that, Sabah is the earliest state to impose a travel ban for travellers from mainland China. When South Korea experienced a massive spike in COVID-19 cases, Sabah expanded the travel ban to South Korea as well.

Is it safe to travel to Sabah?

We have good news for you! As we have mentioned previously, it is indeed safe for travellers to come to Sabah.

Many hotels and tour companies are also taking precautionary measures to ensure the safety of everyone, such as taking the temperature of their guests, thorough disinfection of their premises and providing face masks and hand sanitisers. So, you can be sure that your health and safety are taken into priority.

In fact, now is the perfect time if you want to travel to the state. Hotels and tour operators around Sabah are slashing down their prices and have prepared fantastic travel packages to attract more people to come here. So, if you want to climb Mount Kinabalu cheaply or dive at Semporna islands in just fractions of its original price, now is the time to do it!

For the current updates on COVID-19 in Sabah, you can go here.

You can also head to CheckCoronaVirus.com and take the COVID-19 Risk Assessment Test to check your exposure risk to the virus.

Is travelling to Sabah safe?

Malaysian Borneo Sabah boasts to be the home of scenic landscapes, extraordinary flora and fauna, unique wildlife, and not forgetting the gems of our marine life. These magnificent wonders are what many return for and are continuously pulling in new-comers. Your experience in Sabah will be unlike any other as you immerse yourself in a land rich in culture, diversity, and stunning sights with every turn.

In recent years, the number of tourists have been picking up as they have continuously expressed their interest in visiting the state. Past cases regarding the Abu Sayyaf group originating from Southern Philippines poses as barrier due to their close proximity to Sabah, particularly the east coast and nearby islands. These areas are often affected economically from the lack of tourists as this was once of considerable concern.

The Affected Area are Majorly Located at Sabah’s East Coast.

According to the Borneo Post Online [1], there is a record of 20 abduction cases and five attempts at kidnapping between the year 2000 – 2016. The victims involved 33 Malaysians and 31 foreigners whereby the Abu Sayyaf group are the main perpetrators for many cases.

The earliest recorded case of kidnapping in Sabah transpired on April 23, 2000 in which 21 victims were taken hostage from the island of Sipadan by Abu Sayyaf members. Meanwhile, a past case involved a firefight between kidnappers and police during the kidnapping attempt in Lahad Datu on December 8, 2016 where three suspected kidnappers were fatally shot and another three detained. Alleged to be members of a kidnapping group from Tawi Tawi, Philippines, they could have been responsible for six out of nine kidnappings which occurred in 2016.

The affected areas for these kidnappings and abductions are mainly located along the east coast of Sabah. These areas include Sandakan, Lahad Datu, Semporna and islands close to the Sulu Archipelago in Southern Philippines such as Lankayan, Mabul, Pom Pom, Kapalai, Litigan, Sipadan, and Mataking.

The authoritative organization has displayed excellent abilities in hindering and tackling kidnapping, robbery, and illegal activities in Sabah. They successfully obstructed a kidnapping attempt in Semporna in December 2016. On March 5, 2017, ESSCom’s immediate assistance saved a Vietnamese merchant ship travelling in the Philippines from an attempted robbery or kidnapping.

While ESSCom proved to be competent over the years, the organization continues to develop new methods to fortify existing mechanisms as means of thwarting further disturbance.

Since the last case in December 2016, there has been no record of abductions or kidnappings in Sabah in 2017 [3].

So, is it safe to travel to Sabah?

Despite the incidences that took place in the past few years, rest assured that it is safe to travel to Sabah. ESSCOM has verified the security in the east coast of Sabah are intact and under control with no subsequent cases of kidnapping, but travellers should still be cautious of their surroundings when visiting.

Our tours to Selingan Turtle Island and Lankayan Island in Sandakan are relatively safe to travel to since the military, Pasukan Gerakan Am (PGA), and ESSCOM are stationed at both islands to monitor any suspicious activities and making sure tourists are safe when visiting the islands.

We highly encourage you to experience Sabah’s endemic flora and fauna. It’ll be a feast for the eyes as you surround yourself with Southeast Asia’s best of nature. Should you still feel a sense of worry regarding your safety, there are numerous locations in Sabah that you would not want to miss out on and are absolutely safe to visit.

Test your luck by heading over to Kinabalu Park (2 and a half hours drive) in search of the Rafflesia flower, the World’s Largest Flower; cruise down the Weston or Klias River (2 hours drive) to spot Proboscis Monkeys in their natural habitat as thousands of fireflies light your way as night falls; set a record for yourself and scale one of the highest mountains in Southeast Asia, Mount Kinabalu; take a trip to Sepilok in Sandakan (5 hours drive) and see Orang Utans up close; plan a camping trip to the Tip of Borneo in Kudat (4 hours drive) where stunning sunsets and stars engulf the sky; and for something a little closer to Sabah’s capital, Kota Kinabalu, island-hop your way through our Tunku Abdul Rahman Park with an array of activities such as banana boat rides, snorkelling, diving, and the Coral Flyer (the World’s Longest Island-to-Island Zipline).

The safety of our customers is our upmost highest priority. Customers will be notified immediately should we receive any urgent information regarding the safety and security in parts of Sabah they are visiting. If you have any questions, do not hesitate to call us at 088-448409 or drop us an email at info@amazingborneo.com.

Customers may refer to our website at Amazing Borneo to browse our large selection of tours and packages.

Our doors are always open to welcome those keen on exploring the wonders of Sabah first hand. Nothing beats your very own personal experience of the Land Below the Wind.

Beware of unauthorised people who offer their services as guides and booking agents especially online. It is advisable to use only licensed operators and guides to avoid fraud. Licensed operators registered with the Ministry of Tourism Malaysia are listed in the Sabah Tourism directory. Please refer to this directory. For more information, please contact the Sabah Tourism Board office.

In Malaysia the Possession and Trafficking of Illegal Drugs carries the Death Penalty.

Greetings from Sabah, Land below the Wind!

A magnitude 5.9 earthquake shook Sabah on Friday, 5th June 2015. The tremors had cost the lives of 18 people, which we still grieve. Following the earthquake, the heavy rain on the mountain had caused soil erosions and landslides, which caused the rivers to clog up with debris and causing villagers from over 800 families to live without fresh drinking water.

Nonetheless, thanks to the Sabahan spirit of solidarity, we have managed to go through this tough time together. Recently, workers from Sabah Parks have begun their maintenance work to repair the trails on Mount Kinabalu.

Below are some timelines post-earthquake:

A test climb was held on August 8 for a limu climbers, including rangers, mountain guides and members of the media. Geo-technical studies were carried out and after much deliberation, we are pleased to announce that Mount Kinabalu will be fully operational by December 1. Trail from Timpohon to Laban Rata (only) will be opened on September 1 and the trail from Laban Rata to Summit will be opened on December 1. The daily number of climbers will be revised to 100.

The Mesilau Resort area will remain closed until further notice, as the access bridge and road were washed away by the mud-flood. Some Chalets were also badly damaged.

Offices, Shopping Malls, Hotels & Resorts, banks, schools including Primary, Kindergartens and Nursery Schools and the Tamu-tamu, Markets, Entertainment & Nightlife are operating as usual. All tourism destinations and attractions including at Kundasang and Ranau are fully operational. Festivals and Events held in June were well attended by locals and international tourists.

MediaCorp Singapore crew is in town for one month for the filming of ‘Beyond Words’, their mega production drama scheduled for 2016. 20 episodes will prominently feature Sabah

The Governor General of Australia His Excellency General Sir Peter Cosgrove and Lady Cosgrove were our VVIP guests together with about 300 Australians to observe the Sandakan Memorial Day and mark 70th year of the end of WWII. The iconic Melbourne Cup also made a presence at Sandakan for its 'People's Tour' which saw the 2015 and 1942 cups together for the first time in history. The 1942 Melbourne Cup was made in Sandakan POW camp 73 years ago.

For the true adventurer and those looking for a new challenge, Mt Trusmadi (8,668ft or 2,642m) -- the second highest mountain in Sabah and Malaysia -- is now open for climbers. This lesser-known mountain is the preferred off-the-beaten-trek to discover Borneo’s rich flora. Visitors are mainly from Australia, Britain, USA and Singapore.

In addition to that, Sabah’s must visit-destinations are Sandakan’s Sepilok, Sukau and Lower Kinabatangan to view and visit Borneo’s wildlife, the orang utan, proboscis monkeys, Borneo sun-bears and more.

For other places of interest, such as the lush Danum Valley and the dive havens in Semporna, the ESSCOM (Eastern Sabah Security Command) oversee the security stretching from Kudat in the far north to the entire east coast including Sandakan, Lahad Datu, Semporna and Tawau. On these islands, 24-hour curfew of boats are strictly enforced to ensure the safety of dive-tourists, guests and the general public.

For the ones who enjoy Malaysian local fruits, fruiting season is currently on full swing! Indulge in a variety of local fruits like durians, dalit, langsat, and tarap, which is mainly only found in Sabah.

Come, come. We look forward to welcoming you!

By Sabah Advisory: Sabah is Safe

Following the magnitude 5.9 earthquake that hit Ranau on 5 June, the Sabah Tourism Board, under the Ministry of Tourism, Culture & Environment has announced that all mountain activities will be suspended for at least three weeks to undergo restoration works. However, the surrounding attractions such as the Poring Hot Spring and the Kinabalu Park are already open to public.

Besides mountain climbing activities which are currently on hold, there are plenty of other activities that you can do in Sabah such as scuba diving, island-hopping, jungle trekking and more. Take this opportunity to discover other beautiful places that Sabah has to offer, such as Sipadan Island, the Tip of Borneo in Kudat, Sepilok Orang Utan Sanctuary and Kinabatangan River.

We would also like to assure you that Sabah is safe for travels, thanks to the tight security provided by the Eastern Sabah Security Command (ESSCOM). We invite you to experience Sabah, the best of Borneo for memories to last a lifetime!