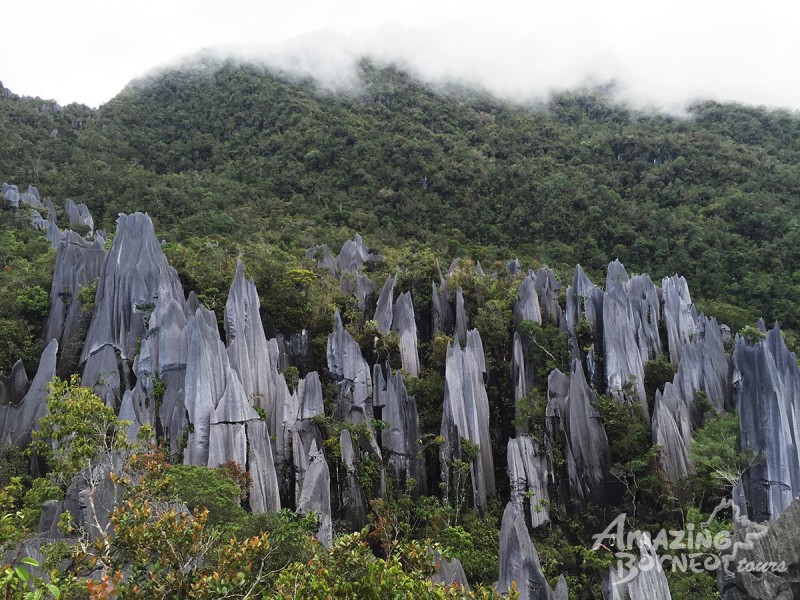 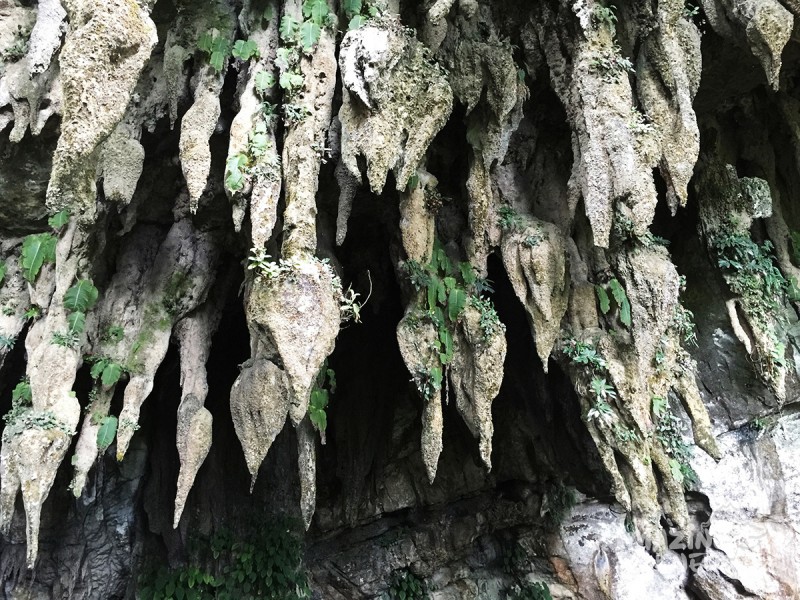 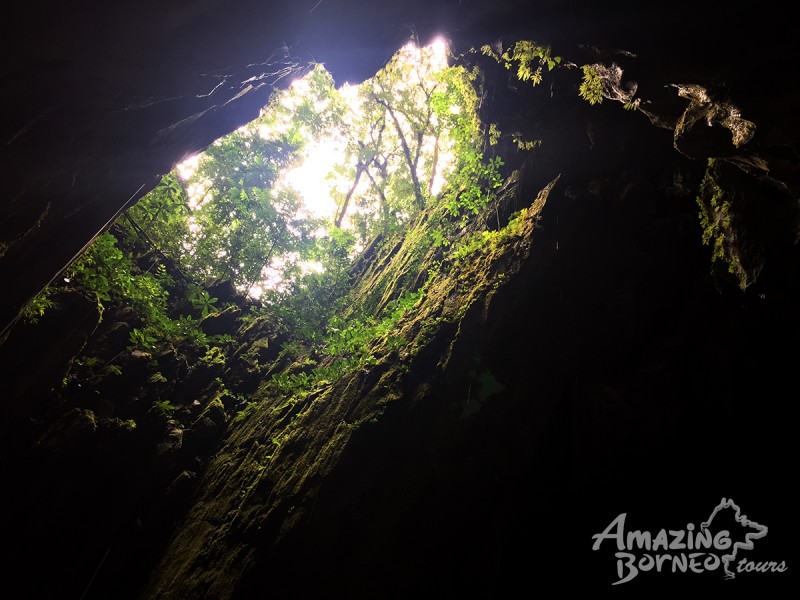 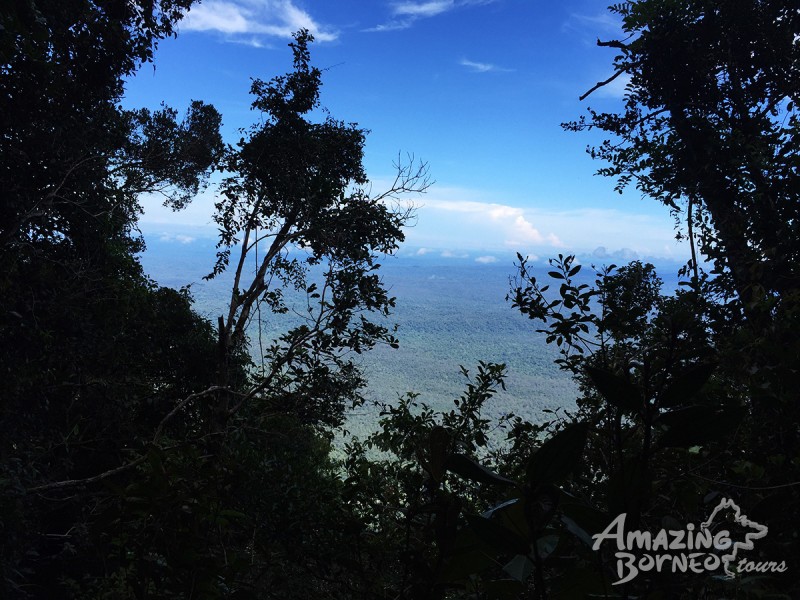 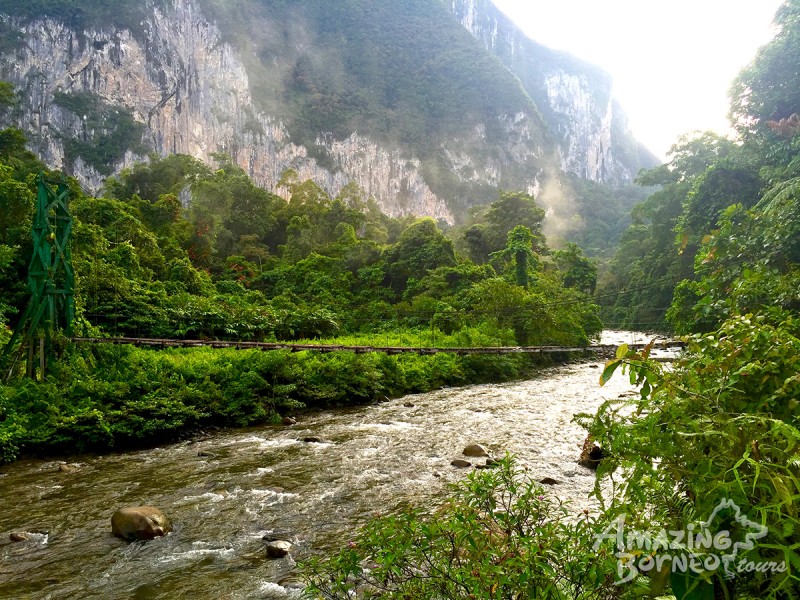 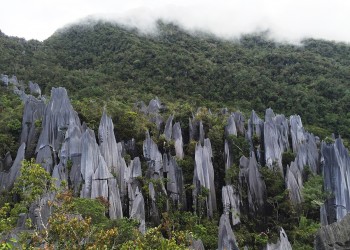 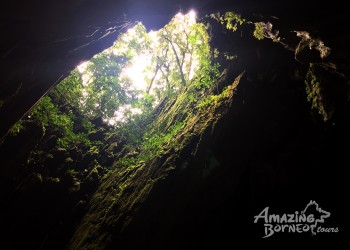 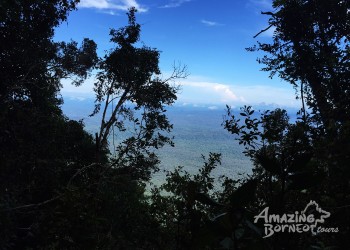 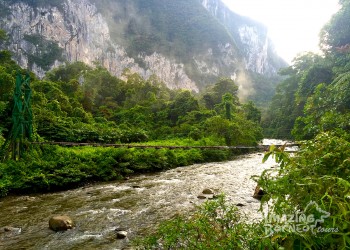 Gunung Mulu National Park is nestled in the Malaysian State of Sarawak on the island of Borneo. Mulu’s spectacular biological significance puts it on the map of UNESCO World Heritage Sites.

52,000 Hectares of pristine equatorial rainforest awards visitors to Gunung Mulu National Park with an outstanding diversity of flora and fauna. Gunung Mulu stands poised at 2,376m high, dominating an area of deeply incised canyons, wild long winding rivers, limestone pinnacles jutting into the sky towering over dense vegetation that sweeps down onto a remarkable concentration of caves, revealing a geological history of over more than 1.5 million years. Fascinating facts lurk at every corner.

With the abundant resource of geomorphic and structural characteristics─ over seventeen vegetation zones exhibiting some 3,500 species of vascular plants─ scientists, naturalists and travelers are granted dramatic landscapes, breath-taking scenery and an elevated understanding of the Earth’s history.

More about Camp 5 and the Mulu Pinnacles

A series of 45 meter-high razor-sharp limestone spikes poke out from the enveloping lush vegetation. It is a real-life postcard from the past to present, capturing centuries of water erosion that has dissolved rocks into spears which knife skywards through the surrounding rainforest.

The trek to see Pinnacles is one of the most popular trails in the park but very challenging and requires a certain level of fitness. The route to the Mulu Pinnacles involves a longboat ride along Melinau River, 9KM trekking to Camp 5, and a steep 2.4KM hike up the Pinnacle Summit Trek.

Camp 5 is situated near the Melinau Gorge which separates Gunung Benarat from Gunung Api.  There are hostel –style accommodation at the camp with basic shower and cooking facilities. The Melinau River in front Of Camp 5 is Crystal clear and ideal for a swim after the trek from Long Berar.

More About the Mulu Show-caves

Mulu’s four show caves sums up the sheer beauty and uniqueness that makes Gunung Mulu National Park a remarkable and significant World Heritage Site. Mulu offers visitors to explore the cave system without necessarily needing caving or spelunking experience. A plankwalk leads through the forest to Deer Cave and Lang’s Cave whilst Clearwater Cave and Wind Cave are reached by taking a longboat up the Melinau River, or by following a 4 km nature trail.

All of the show caves can be visited as day trips from the Park HQ and are delightfully accessible by raised plank-walks and well lit paths. Lighting is strategically positioned around the show caves to highlight the features of individual caves, such as the intricate Stalactite and Stalagmite formations at Lang’s Cave.

Upon arrival in Mulu Airport, transfer to the hotel and check in.

In the late afternoon, meet the local guide at the lobby and proceed to Mulu National Park Headquarters for visit to the DEER CAVE and LANG CAVE.  The caves are situated 3KM’s walk inside the Mulu National Park forest, accessible via boardwalk.  Here, you will explore the largest Cave passage in the world and await the highlight of the evening - myriads of bats departing from the cave in an incredible formation!

CLEARWATER CAVE & CAVE OF THE WINDS / BASE CAMP 5

After breakfast, proceed by longboat ride to the CLEARWATER CAVE and CAVE OF THE WINDS.

Climb the relatively steep stairs up to the giant mouth of Clearwater Cave. The local guide will explain the rules and regulations of cave visiting and explain the geography before entering the Cave.  Be enthralled with the well-lit Stalactites and Stalagmites in the cave and splash in the cold crystal-clear stream that flows through the cave channels.

At the Cave of the Winds, enjoy the gushing cool wind that squeezes through the narrow cave chambers and marvel at the artless beauty of the cave formations.

Lunch will be served at the picnic area at the entrance of Clearwater Cave.

Thereafter, proceed on the motorized longboat ride upriver along the Melinau River to Kuala Litut.  If the water level is low, the boat will need to be pushed over rocky sections.  Upon arrival at Kuala Litut, commence the 9KM trek to Base Camp 5, following flat jungle terrain and taking an average of 2-3 hours.  At Base Camp 5, settle in for the night after dinner cooked by the local guide.

After an early breakfast, commence your hiking at 6AM.
The trail is 2.4 km in length but rises some 1,200 meters from Camp 5 to the viewpoint, passing through lowland dipterocarp forest before climbing steeply through moss forest. The trees are a lot smaller and much of the vegetation is covered in slippery green moss. Limestone debris also litters the trail so trekkers must proceed with care.

The last section of the trails is nearly vertical, with rope section and 15 aluminums ladders strategically positioned to help with the climb up the rocks. The vegetation is sparse amidst the limestone rocks.

The climb to the summit will take an average of 4-5 hours.
Upon reaching to the summit, enjoy the breathtaking scenery of the majestic Mulu Pinnacles as you eat your packed lunch.

Due to the steep compact trail, it normally takes a longer time to descend, with an average of 5-6 hours.

Upon arrival back at camp, you can relax and go for a swim in the Melinau River beside Camp 5.

After dinner, rest for the night.

Early next morning, pack up and depart from Base Camp 5.  You will retrace your route via the 9KM trek to Kuala Litut and the longboat ride down Melinau River.

Transfer to Mulu Airport for your departing flight.

2nd Day of the tour:

THING YOU SHOULD KNOW

For this 4D3N Mulu Pinnacles package, only Tuesday & Sunday flights are available.

It is recommended that all climbers should have themselves medically checked before attempting any mountain climb. If you have a history of suffering from the following ailments, it is highly recommend that you should refrain from climbing: Hypertension, Diabetes, Palpitation, Arthritis, Heart disease, severe anemia, Peptic ulcers, Epileptic fits, Obesity (overweight), Chronic asthma, Muscular cramps, Hepatitis (jaundice); or any other disease which may hamper the climber. 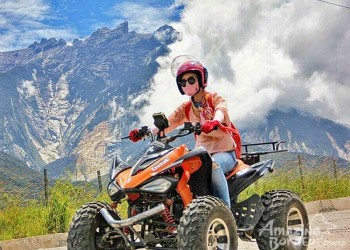