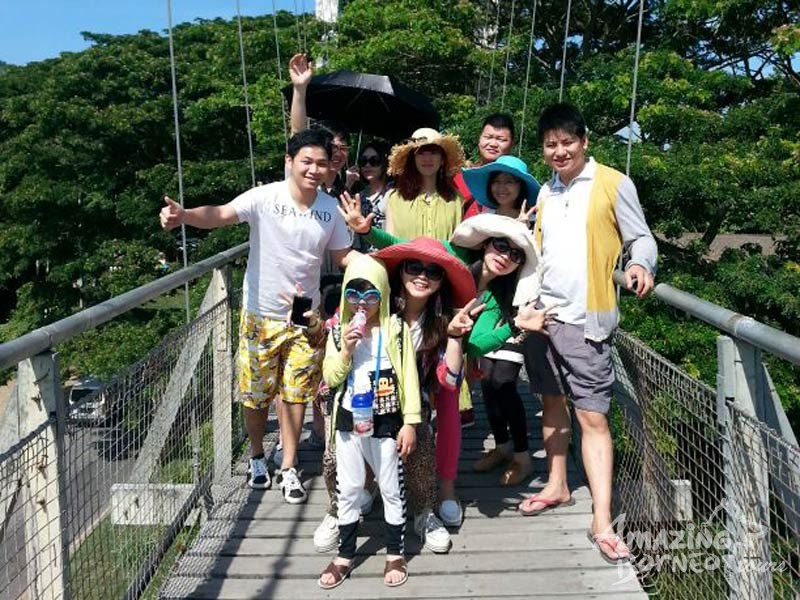 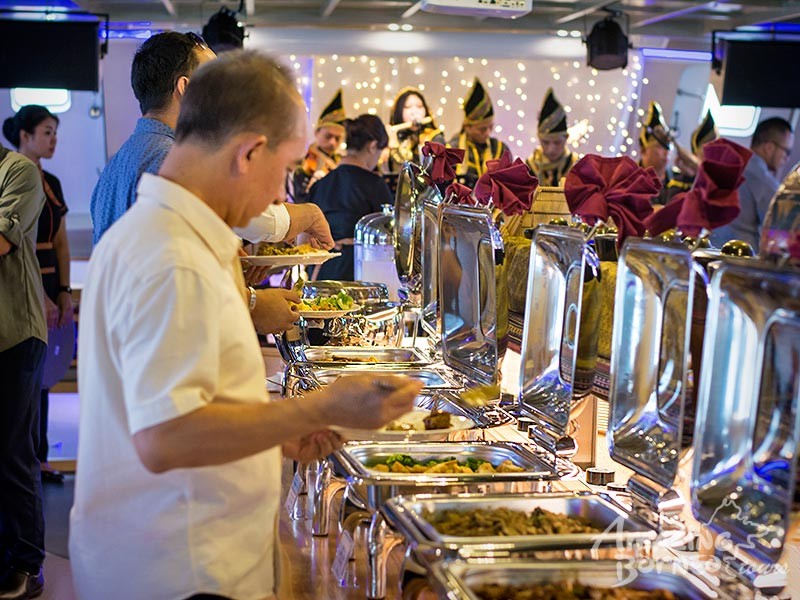 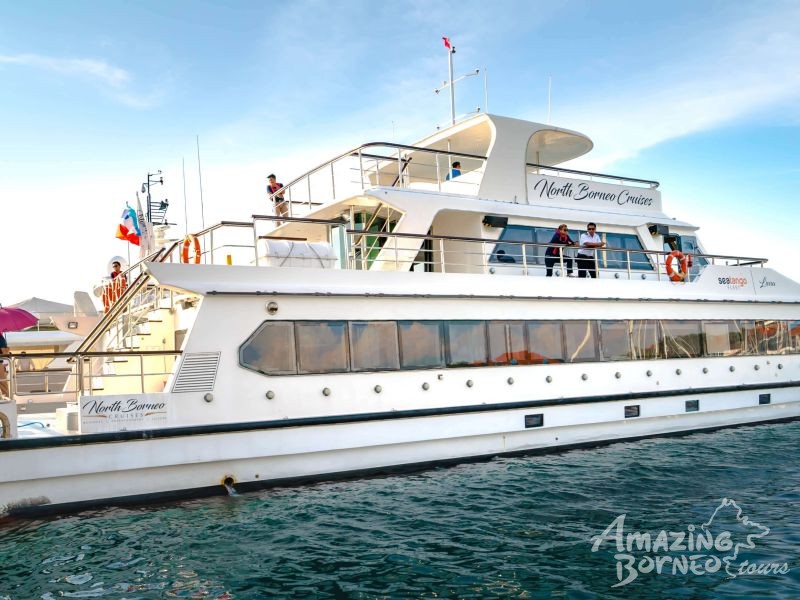 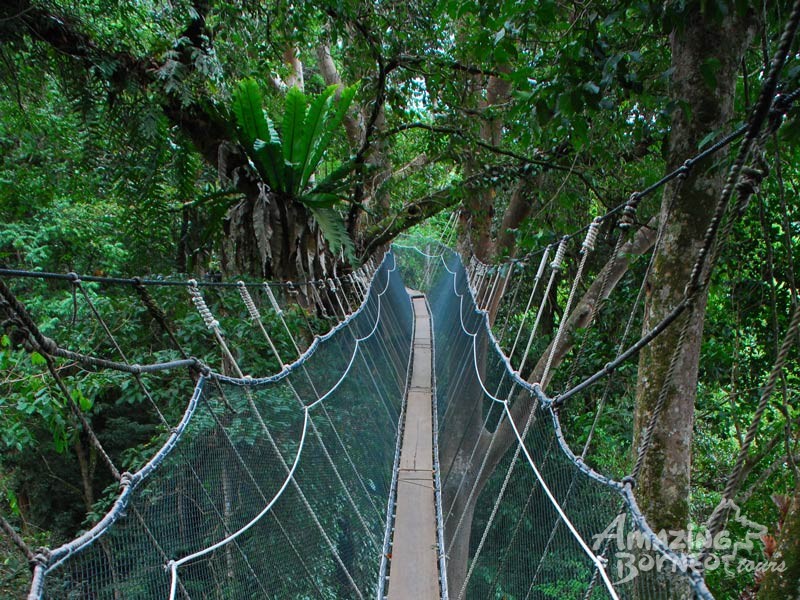 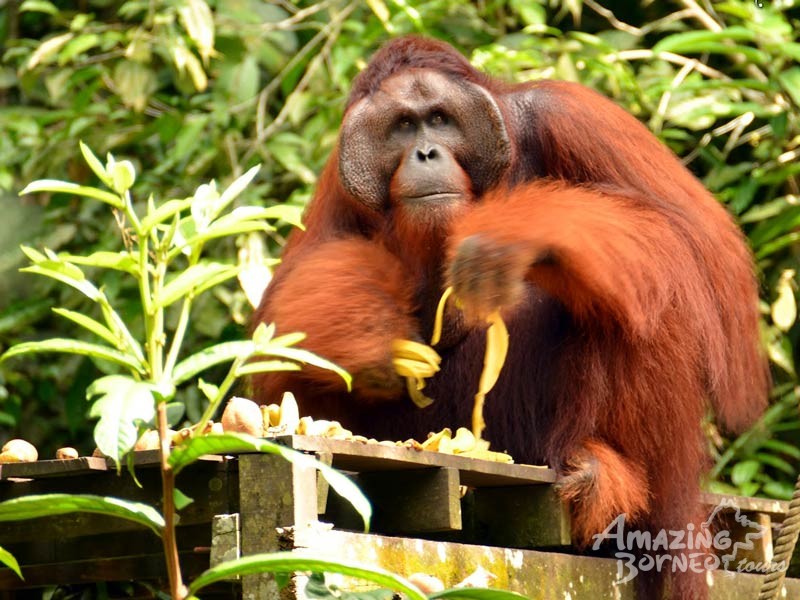 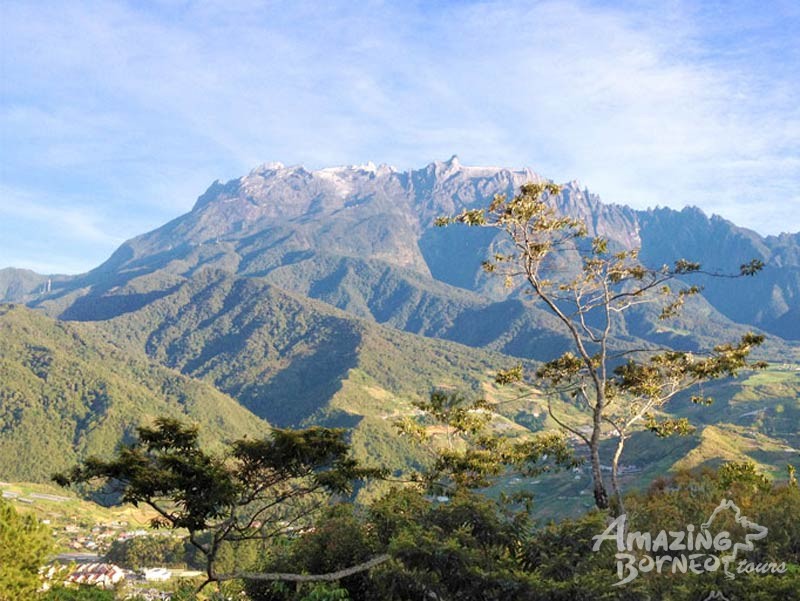 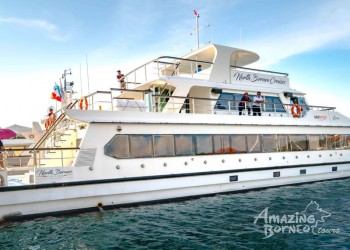 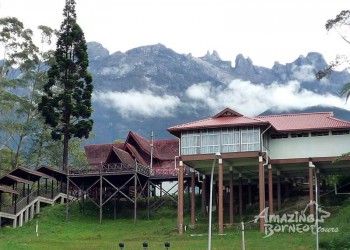 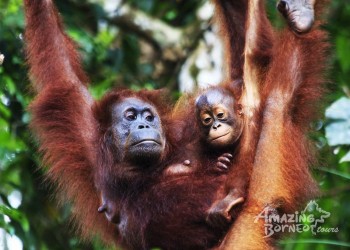 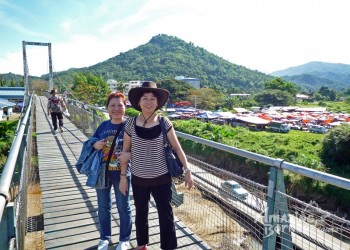 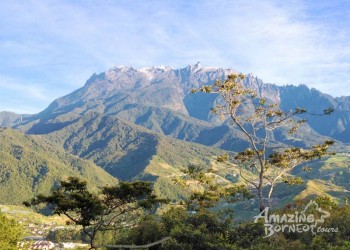 This 5 day itinerary brings you through the exotic twin cities of Borneo – Kota Kinabalu & Kuching City – venturing into the ancient Borneo rainforest to witness the Orangutans, time-travelling to the past in an award-winning living museum, and caving through limestone caverns. We’re also throwing in a glorious dose of sun, sand and sea. An itinerary that boasts stunning natural scenery, best of Borneo’s wild wonders and cultural highlights.

5 Days in Borneo begins with Day 1 in Kuching City, state capital of Sarawak. The beautiful friendship between you and Borneo will kick-off on the cultural side of things, first stop on the day’s agenda, Sarawak Cultural Village. Visit the award winning ‘living’ museum that spreads over a 17 acre site at the foothills of mystical Mount Santubong. Here is where you will tap into the tribal lifestyles of the 7 major ethnic groups that makes Sarawak so culturally awesome. Discover the arts, crafts, games, tasty delicacies and also behold the architectural heritage of Longhouses representing the ethnic groups of Iban, Bidayuh and Orang Ulu and the Melanau tall-house. Boogie down, Borneo style! Brace yourself for a multi-cultural dance performance in the village’s own theatre. After the tour, you’ll be transported back to your hotel.

Wake up and pack up for a day of exploration deep into the innards of Kuching’s limestone caves! Hit the road for a 22km drive from Kuching City to a famous old mining centre named Bau where it is home to two unusual limestone caves.

First stop, Fairy Caves, where you’ll be met by a 3 storey high chamber opening. Explore the caves with a torchlight, and make your way to the main chamber where you can marvel at Stalacites and Stalagmites hanging tight from the cave ceilings. Look out for a formation deemed ‘The Goddess of Mercy”, three meters in height and resembling a women dressed in classical Chinese robes. Also another formation that looks like an old man crouching down.

Wonder on to the Wind Cave, named for the constant cooling breeze that blows through it. Thread along the platform and find yourself in the midst of a dark-tunnel laced with bats and black-nest swiftlets, listen closely and you might hear them echo. Shimmy through conical cavities separated by blade-like pinnacles of limestone, limestone pendants hanging from the roof of the cave passage.

After feeding your wanderlust, it’s time to feed your stomach. Lunch time.

After lunch, get acquainted with the cheeky red-haired man of the forest, orangutans! Venture out into the Semenggoh Orang Utan Centre to meet these characteristic apes in their natural habitat. You will be able to spend some-time with the elusive creature during feeding time on the platform. Visitors are also given an opportunity to further understand how the facility works as a rehabilitation centre, where most of the Orang Utans are orphans rescued from illegal animal poaching and injuries. Orangutans always steal the spotlight, but, there are also other wildlife roaming the area. Keep an ear out for the songs of wild birds and rehabilitated gibbons. It is difficult to guarantee the wildlife sightings, as they are in a vast area, however it is a sanctuary for an array of animals like porcupines, crocodiles and river terrapins

Back to your Kuching City Hotel.

Your chapter in the Land of Hornbills ends, but the adventure continues in the Land Below the Wind, Sabah! Day 3 begins with you catching your flight to Kota Kinabalu City, locally known as KK, formally known as Deasoke (below the coconut tree) and famously known for its warm hospitality. Upon arrival, you will be whooshed straight into the countryside. After a couple of pitstops for handmade folk souvenirs and a perhaps a taste of some exotic fruits, you will arrive at Malaysia’s first ever UNESCO World Heritage Site, Kinabalu National Park. Set at 1,500m above sea level, this 754sq kilometer park features one the Tallest Mountains in all of South East Asia as its center piece, Mount Kinabalu-- rising at 4.095.2m with cloud-hugging peaks that catches breaths, enchants eyes and shading valleys below…. Certainly a sight to behold from Kinabalu National Park.

Next up, a guided-tour of the botanic gardens to learn more about the Kinabalu Park’s biological treasure trove—from carnivorous Pitcher Plants to rare Orchid species, the garden showcases a broad collection of endemic plant species found on the all four of Mount Kinabalu’s unique climatic zones.

Depart for Poring Hot Spring for lunch. After lunch, time for a soothing sulphur bath. Take a dip in the all-natural mineral-rich hot springs surrounded by beautifully landscaped gardens. There is also a cold water pool nearby for those who prefer a cold dip.

Day 3  wraps up with an immersive exploration of Mount Kinabalu’s treetops. Poring’s Canopy Walkway now invites you to witness the grandeur a hundred million year old rainforest from a 175m length walkway suspended 60 meters above lush jungly tangles. Take in the sights, sounds and discover unique rainforest creatures from a bird’s eye view. Also keep an eye out for some rare feathered beauties.

Transfer back to Kota Kinabalu City.

Sunny splendors are on today’s agenda. Your pick-up awaits at the Hotel Lobby where you then be whisked to the jetty and where a custom built Catamaran will transport you to your first snorkeling site on the 4, 292 hectare Tunku Abdul Rahman Marine Park, welcome to the tropics of Borneo!

Gear up and jump right into for your snorkel session, accompanied by our experienced Dive Master. Snorkel your way through beautiful seascapes to mingle with marine life of all colors. Proceed to the next Snorkeling point, for a chance to spot more exotic marine life within the protected Marine park.

Upon completion of the second snorkeling session, transfer to the nearby TARP island for lunch. Thereafter, free and easy to relax on the island. In the mid-afternoon, pack up and take the boat transfer back to mainland, and drop off back at the hotel.

Come evening time, time for a razzle dazzle sunset dinner on the North Borneo Cruises, aimed to enchant you with breathtaking scenes of Sabah’s coast along with live performances on board.  Pass by water villages and tropical island paradises, view a world class sunset while being wined and dined. After dinner, the perfect end to a perfect evening as we cruise by Kota Kinabalu waterfront to see the beautiful city lights.

Breakfast will be served at your hotel. Thereafter, you airport transfer awaits. Bid farewell to a splendid 5 days under the Bornean sun. Till next time, Datang Lagi.

Dear Travellers, in light of the RMCO (Recovery Movement Control Order) imposed by Malaysia Government and effective until 31 August 2020, some of the tour attraction locations have been affected.  Please expect some adjustments to the published itinerary.  Amazing Borneo Tours will do our best to work around the limitations and continue to deliver a memorable experience for our valuable guests.