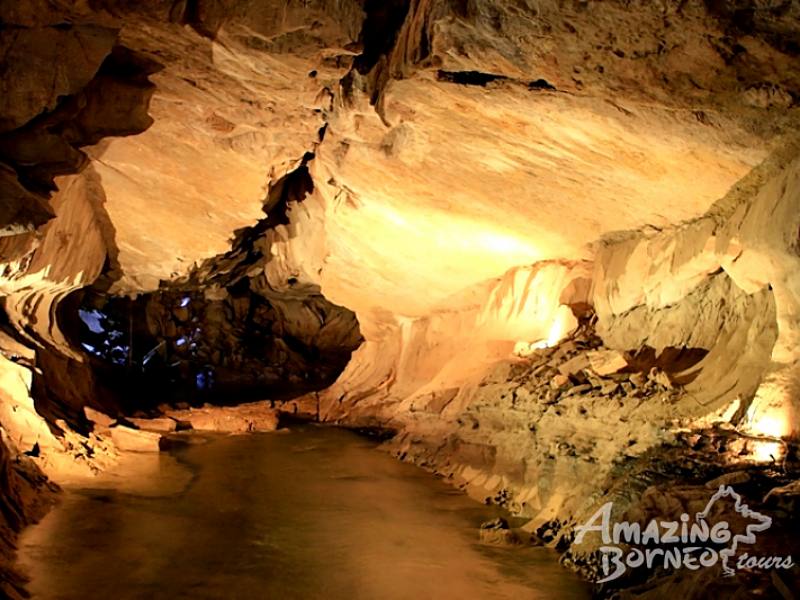 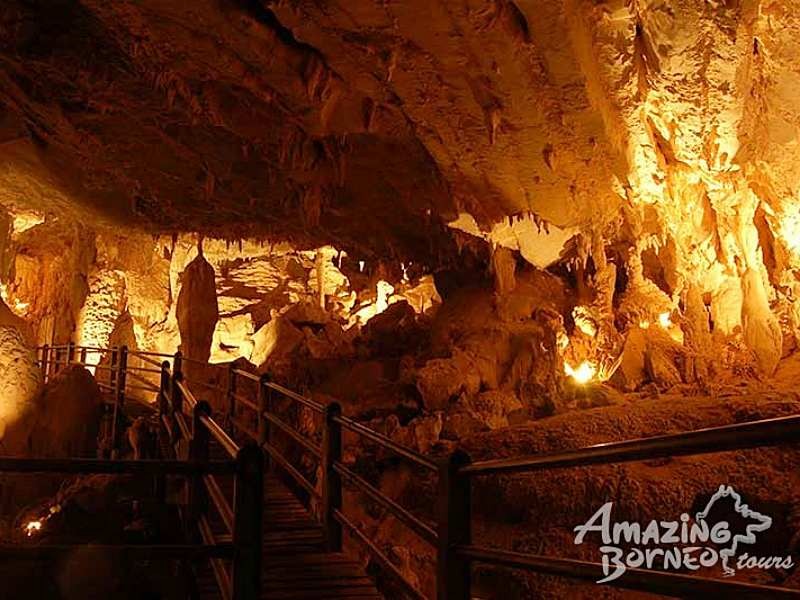 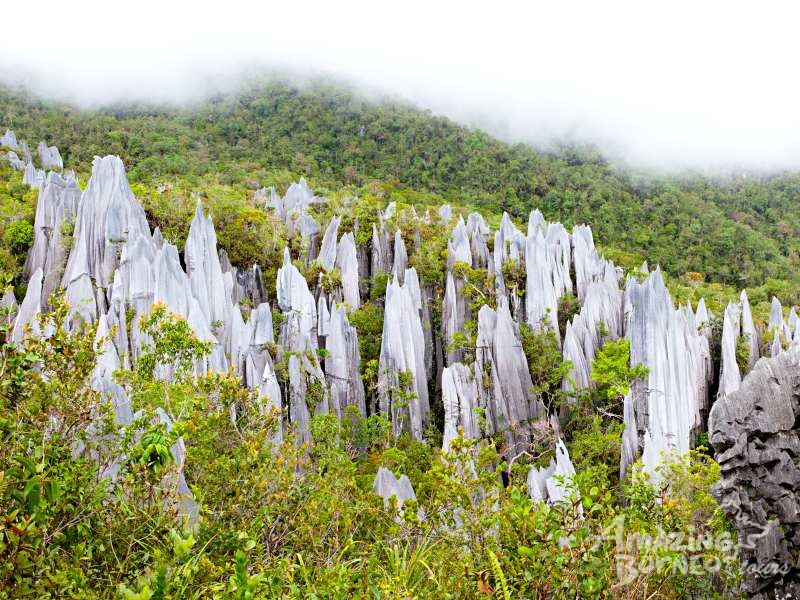 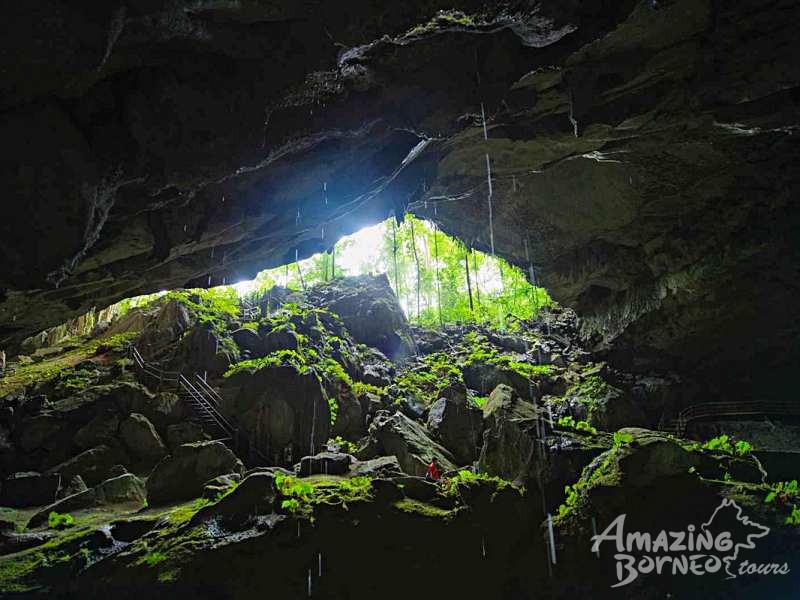 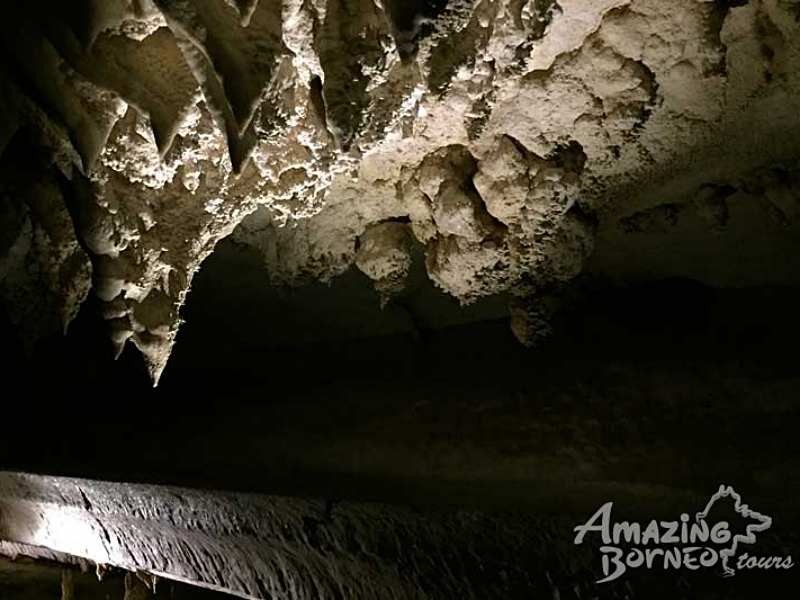 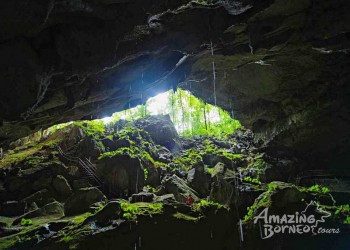 Gunung Mulu National Park is the crown jewel of Sarawak's growing system of national parks, and a true wonder of the natural world. There are many of rivers and pristine jungle streams running through the park's 544 square kilometres of primary rainforest, making it the biggest national park as well. Gunung Mulu (2,376 m), Gunung Api (1,750 m), and Gunung Benarat (3,023 m) are the three tallest peaks in Mulu (1,858 m). However, many of Mulu's most fascinating features are hidden under the ocean's surface. These mountains conceal one of the world's biggest limestone cave systems, which is hidden under their wooded slopes.

An incredible natural phenomenon, this system is home to many caverns that set new world records. With the world's longest cave (Clearwater Cave), Southeast Asia's longest cave (Deer Cave), and the world's biggest naturally occurring chamber (Sarawak Chamber), it's little wonder Mulu has gained international attention. So far, more than 360 km of cave tunnels have been mapped, although only around 30% to 40% of the total are believed to be fully explored.

About 5 million years ago, when the earth began to shift laterally, forming both limestone and sandstone mountains, the earliest of Mulu's known caves began to develop. The massive underground network we see today was shaped over millions of years by the action of rivers and rushing water. Dripping water forms new rock formations, limestone is gradually worn away, and subterranean rivers cut and shape the caves, carrying limestone debris to the cave entrance or spreading it throughout the system.

The name "Mulu" may conjure images of caverns, but there is enough to see and do above ground for those who want to have a "Mulu experience" as well. The park is home to a variety of wildlife and provides opportunities for outdoor recreation. The Pinnacles, a group of 45-meter-tall, razor-sharp limestone spikes that rest magnificently on the slopes of Gunung Api, may be seen by hiking a hard route through the jungle.

Mulu's great bio-diversity and renowned caverns provide an exciting cave and rainforest experience that is maybe unparalleled anywhere on Earth.

ABOUT DEER CAVE AND LANG'S CAVE

A three-kilometer plank trek through peat bog, alluvial plains, and limestone outcrops leads to Deer Cave. Fantastic rainforest, rushing jungle streams, and an old Penan burial cave may all be seen on the walk to the cave.

There is no mistaking the fact that you are standing at the entrance of the world's longest cave corridor. Deer Cave is enormous, stretching for more than 2 kilometres with a width that is never less than 90 metres. With a width of 174 metres and a height of 122 metres, the main room is partly illuminated by natural light. The native Penan and Berawan people called this place Gua Payau or Gua Rusa because it was formerly utilised as a haven by the region's deer population (Deer Cave).

The cave's entrance is marked by a walkway that curves within, following the cave's organic topography. Although there is illumination along the way, a flashlight is helpful for exploring the guano-covered cave floor and its bug population. In the "Garden of Eden," where a beam of light streams in through a breach in the cave ceiling, the route culminates. The well-known likeness of Abraham Lincoln stands watch above the cave's southern entrance.

As could be expected, Deer Cave serves as a refuge for many different kinds of bats. Depending on the weather, between 5 and 7 o'clock in the evening, visitors may be treated to the incredible sight of a black cloud of free-tailed bats coming from the cave mouth in quest of food. Researchers had estimated that hundreds of thousands of bats resided in this cloud, but new research puts that number at over a million.

Most people who go to Deer Cave also go to Lang's Cave, the entrance to which is just a few yards away. The granite patterns of Lang's Cave make it the most compact of the exhibition caves. Stalactites and stalagmites are made more alluring by carefully placed lighting. The cave is tiny and well-lit, so it's possible to observe some of the animals that live in there, like bats, swiftlets, and even snakes that normally live in dark places.

The length of Clearwater Cave, the longest in Asia, is an astounding 215 kilometres (of explored area). A portion of its underground river is even boatable. You can go to Clearwater in two different ways. To begin, there is a 4-kilometre nature route that can be completed in about 1.5 hours. Another option is to take a long boat down the Melinau River, where you may see the Wind Cave. Normal boat travel time to Wind Cave is roughly 15 minutes. If the water is low, the boatman will have to get out and push, adding extra time to the trip.

Wind Cave, so called for the chilly winds that may be felt at the narrow areas of the cave, is reached by a plank walk from the riverbed. The "King's" Room in Wind Cave, a component of the Clearwater system, is lighted by natural light and has a number of spectacular stalactites, stalagmites, flow rocks, helictites, and rock corals.

A picnic location close to the entrance of Clearwater Cave may be reached from Wind Cave by a plank walk or a boat ride. The trip, in any direction, won't take more than 5 minutes. The entrance to Clearwater Cave is located in the forest at the top of 200 steps. Clearwater is an exciting cave to explore because of the subterranean river it contains. This is made simple and pleasurable by the presence of plank walks, walkways, and little floating bridges. Cave photographers who are willing to wait for the perfect shot will be rewarded.

Follow the cave tour with a descent to the picnic spot. Clear subterranean water runs down the stairs and into a pool at the bottom. Many tourists come to this area just to cool down in the crystal-clear waters. Those who would rather take it easy may lounge on the picnic tables and take in the sights of the tropical rainforest, or observe the fluttering of the many species of butterflies that can be seen along the riverbank. You could even see a Rajah Brooke butterfly, named for its enormous size and vivid green wings, if you're fortunate. 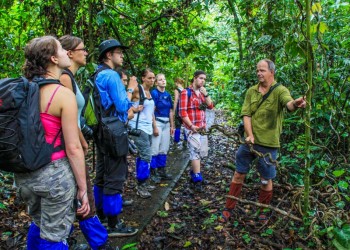