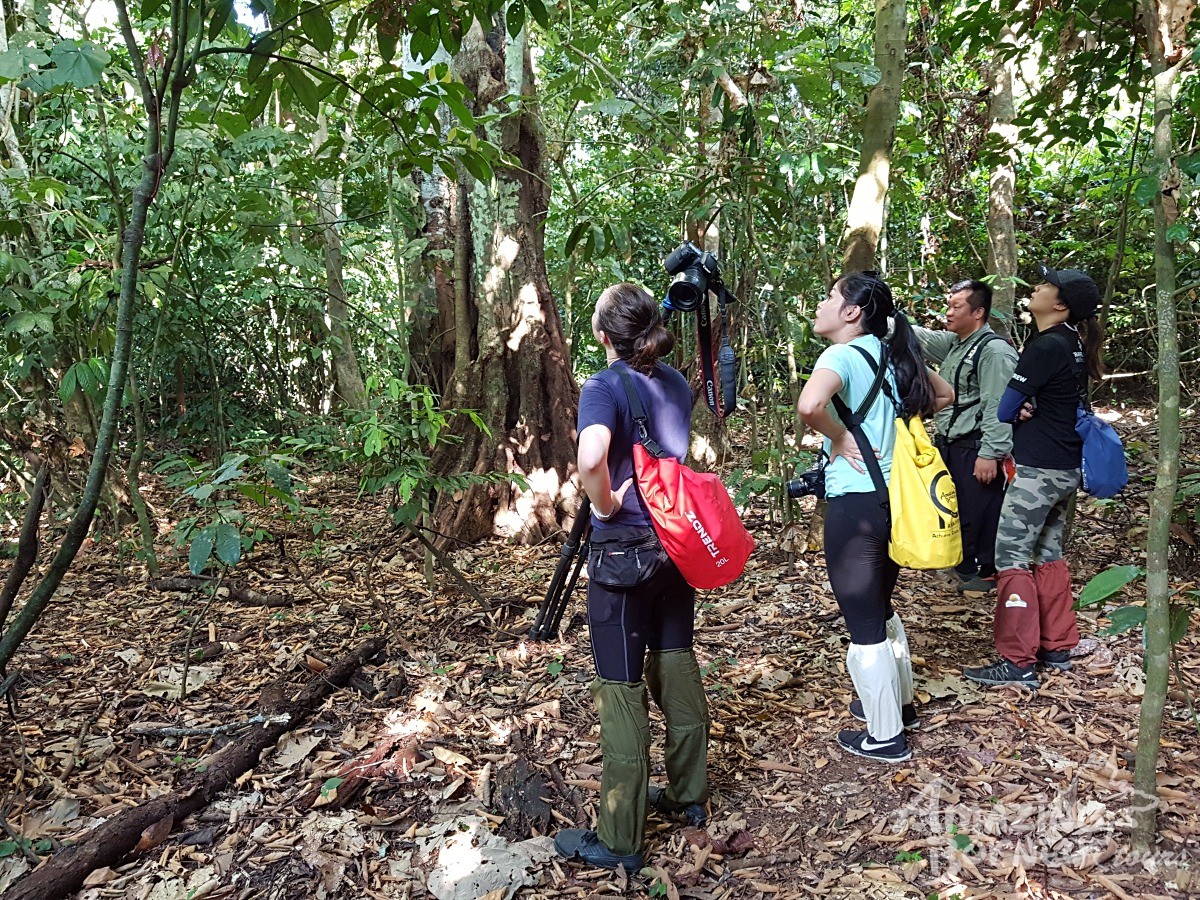 If there is one good thing that came out from the whole COVID-19 situation, it would be the impact on the environment. As we practise social distancing and self-quarantine, nature and wildlife are flourishing in the absence of humans.

In many places around the world, animals repopulate the areas where there were no sightings of them in years. Since there are less human activities to disturb their everyday lives, they are free to roam around without interference. All of this serves as a reminder of how beautiful and essential nature is to us.

Malaysia has no shortage of unique and stunning wildlife, and Sabah is no exception. So, it comes to no surprise that tourists around the world come to the Land Below the Wind to appreciate our thriving flora and fauna. If you are one of them, check out this handy list of where you can find Sabah’s famous wildlife.

Whenever you mention “Sabah wildlife”, one of the first animals that come to mind is the orangutan. In fact, you can consider orangutans as a wildlife icon of the state, appearing in mugs, keychains, and other souvenirs. So, it goes without saying that seeing a Bornean orangutan is a must-do whenever you are in Sabah!

If you want to see some orangutans, the Sepilok Orangutan Rehabilitation Centre is arguably the best place you can go. The centre rehabilitates the orangutans before they are released back to the wild. There are two feeding sessions daily, where you are almost guaranteed to see orangutans up close. If you are planning to go here, you might want to have an overnight stay at Sepilok Nature Resort, which is within walking distance from the rehabilitation centre.

If you want to see them in the wild, your best bet is at Kinabatangan River. You should stay at places like Myne Resort and Abai Kinabatangan Wetlands Resort, where they offer boat rides to see orangutans in their natural habitat.

Besides that, you can also stay in the rainforest area, such as the Danum Valley Field Centre and Tabin Wildlife Resort for a pretty good chance to see them hanging around in the forest.

If there is one animal you should see in Sabah, it would be the Bornean pygmy elephant. It is the smallest elephant in size among the Asian elephant subspecies, and you can only find them in Sabah and Kalimantan, making any encounter of them in the wild an absolute delight.

In Sabah, you mainly find the elephant on the east coast area, such as Kinabatangan River and Danum Valley. In Kinabatangan River, you will see this gentle creature playing at the riverbank and swimming along the river. There are a few places here where you can book a stay and catch a glimpse of the elephant, including Borneo Natural Sukau Bilit Resort and Bilit Rainforest Lodge.

Just like many animals in this list, the Bornean sun bear is an endangered animal species due to the destruction of their natural habitat. It is one of the rarest bear species, as well as the smallest, most arboreal (or tree-living), and least studied bear. Its name comes from the pale chest patch that resembled the setting or rising sun.

You would have a much lower chance of coming across the sun bear in the wild due to their elusive nature. However, your best bet would be at the Tabin Wildlife Reserve and Danum Valley Conservation Area. You could also try your luck in the Kinabatangan River area, but sightings of the sun bear in the area are extremely rare.

There is no doubt that proboscis monkey is one of Sabah’s most iconic wildlife. Called “monyet belanda” in Malaysia, you can easily recognise the monkey by its long nose. It even became a mascot for the Sukma Games a few years back.

For the best chance of seeing the monkey, you should visit Labuk Bay Proboscis Monkey Sanctuary in Sandakan. Labuk Bay Proboscis Monkey Sanctuary is in the middle of a mangrove forest, which was initially bought for commercial development before the owner decided to turn it into a sanctuary for the monkey. Now, there are about 60 proboscis monkeys that regularly come during the feeding hour.

In the wild, you can find proboscis monkeys along the Kinabatangan River early in the morning and late afternoon. If you prefer going somewhere closer to Kota Kinabalu, you can instead opt to go to Klias River to see them, as well as other species of primates and birds. This river cruise is perfect for those who do not have much time as you can hop on a boat ride and then return to the city in just a few hours.

Among all the animals listed here, the Sunda clouded leopard is probably the most elusive of them all. It is the largest wildcat species in Borneo that feeds on small mammals, lizards, birds, and frogs. However, the nocturnal creature is extremely shy, which explains why it is difficult to see them in the wild.

Despite the rare encounter, it is possible to see the Sunda clouded leopard in the jungles of Kinabatangan River. However, you would have a higher chance of seeing the wildcat during one of the night safaris in Danum Valley Conservation Area, Tabin Forest Reserve, and Deramakot Forest Reserve.

There are seven known species of marine turtles in the world, and Malaysia is lucky to host four of them. Out of that four, you can find two turtle species in Sabah—the green sea turtle and the hawksbill sea turtle.

There are several places in Sabah where you can visit and see turtles up close. An example would be Selingan Island, one of the three islands in Sandakan's Turtle Island Park. Here, there is a very high chance of you seeing turtle landings, as well as watch turtle hatchlings released to the sea. Selingan Island is always fully booked, and it is not easy to stay there if you have not booked months prior. In that case, you should book a stay at Lankayan Island or Libaran Island instead.

If you want to swim with the turtles, you can also visit Sipadan Island. Turtles are a common sighting in Sipadan since fishes and corals are abundant here, making it the prime location for turtle sightings. There is no accommodation in Sipadan itself, so you will have to stay at the lodgings near the island, such as Sipadan-Kapalai Dive Resort and Sipadan-Mabul Resort, or stay on the mainland and make a day trip to Sipadan.

Sabah is a great place for birdwatchers as there are many spots around the state where one can see unique species of birds, such as the hornbills. There are several species of hornbills you can see in Sabah, including the rhinoceros hornbill, oriental pied hornbill, and the white-crowned hornbill. And the best part? It should be relatively easy for you to encounter these birds in the wild!

You can easily encounter rhinoceros hornbills, helmeted hornbills, and the wrinkled hornbills in the forest areas of Kinabatangan River and the Danum Valley Conservation Area. If you want to see the oriental pied hornbills up close, you can head over to Observation Area B in Labuk Bay Proboscis Monkey Sanctuary, where they often hang around the area for food. Tawau Hills Park is an excellent place for birdwatching as there are some rare birds, such as the white-crowned hornbills, flying around and calling the area their home.