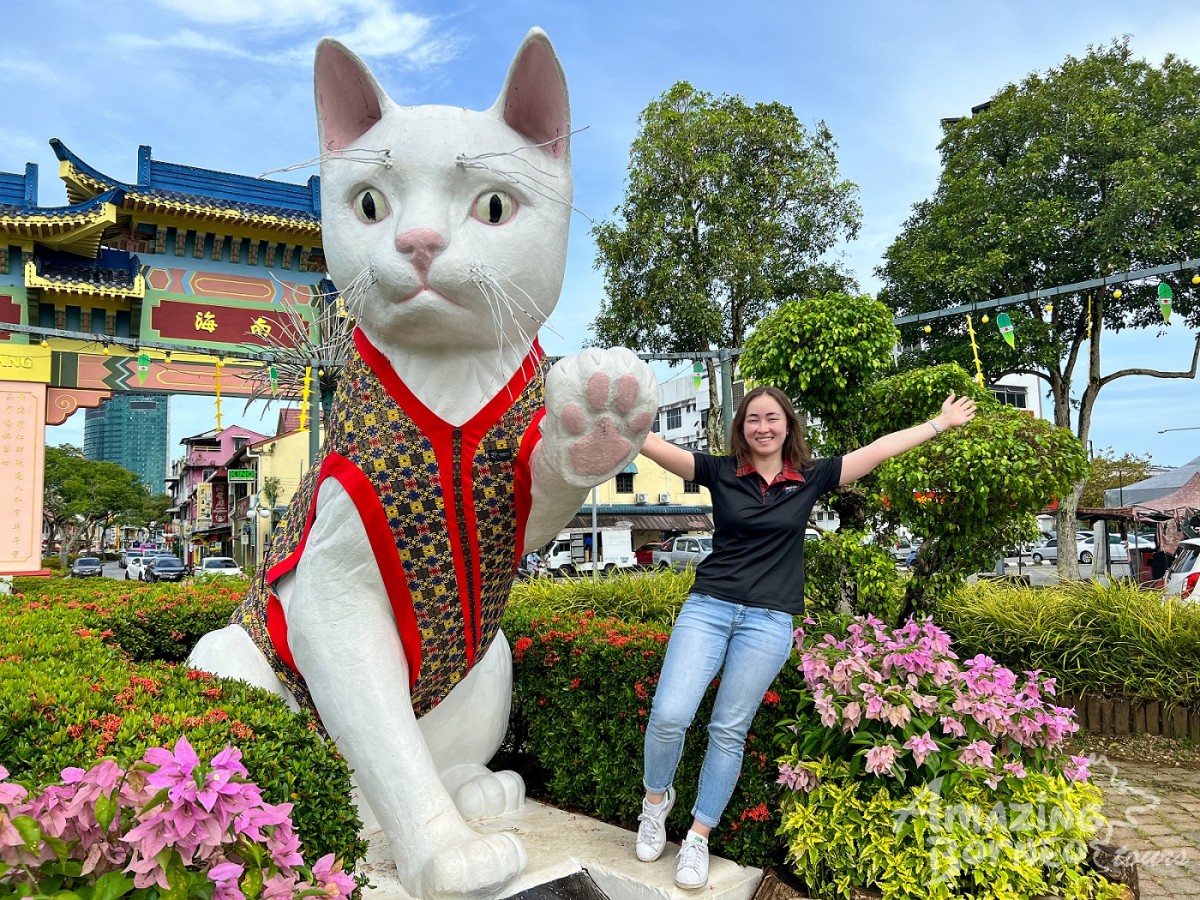 Things to do in Kuching, Sarawak – Part 1

Kuching, or popularly known as the City of Cats, is located on the largest state of Malaysia, Sarawak. The city, which is also Sarawak’s capital, can be found on the southwestern tip of the state.

Rich with culture, history, tradition, and nature, visitors come flocking to the city to be treated with something unique that other places in Malaysia cannot offer. In the first part of our special feature on Kuching, we will be focussing on Kuching City Tour and what you can do when you are here. Let us jump right in!

But first, where does Kuching get its name?

There are many differing accounts on the origin of the city’s name. And the most prevailing one seems to come from the Malay word for cat, which is “kucing”. The story goes that in 1841, James Brook, the Rajah of Sarawak, went up the Sarawak River with a local Malay guide. During their travel, they came across a cat jumping along the river bank, which inspired him to name the area “Kuching”. Another version claimed that James Brooke referred the city as “Kuchin”, which is similar to the old Indian or Indo-China word for port (“cochin”).

One account said that “Kuching” comes from the Chinese Mandarin word for “old well”, while another said that the name comes from the local fruit called “mata kucing”, which are found abundantly back then.

Presently, we might never know the true origin of the name, but these differing accounts show us a glimpse of how uniquely rich the city is with all its stories.

Get to know Kuching’s cat statues

With that out of the way, the first thing that you should do after arriving is to meet the iconic cat statues. Yes, you heard that right—statues!

True to its name, there are plenty of them here, including the official cat statue of Kuching South City Council at the end of Jalan Padungan. Built in the 90’s, this 2.5m statue is the first-ever cat statue of the city and arguably the most famous one as well. And if you’re visiting the city during a festival, you will also see Nick (that is the cat’s name!) dressed-up in different attire. Cute!

Others you can visit is the family cat statue at Kuching North City Hall and the small playful cat statues near James Brooke Bistro.

Walk over to Darul Hana Bridge

The next one you can go is the Darul Hana Bridge. Officially opened in November 2017, it is the only pedestrian bridge that connects the North and South of Kuching. During the day, you can enjoy the view of the Sarawak River and the surrounding cityscape, and in the night, the bridge will light up and you can see the mesmerising Darul Hana Musical Fountain right in front of the Sarawak State Legislative Building.

From Darul Hana Bridge, you can make you way to several other interesting places in the town, including the Kuching Old Courthouse, India Street, Carpenter Street, Pink Mosque, and Padang Merdeka.

Not too far from Darul Hana Bridge is the Borneo Cultures Museum. If you are from Kuching Waterfront area, this museum is only about 15-minutes' walk away, and it is also close by to other attractions, including the Warrior’s Memorial and the Museum Garden.

Opened on 9 March 2022, this museum consists of 5 levels that features different exhibitions showing different aspect of Sarawak and Borneo, including its biodiversity, ancient trading activities, and arts. You can easily lose track of time reading and interacting with the different exhibits here, so definitely wear comfortable shoe and allocate plenty of time!

Home to 27 ethnic groups, Sarawak is one of the most culturally diverse in Malaysia, and one of the best spots to catch a glimpse of these is the Sarawak Cultural Village. Located 35km from Kuching, this award-winning living museum has traditional house replicas that represent Sarawak’s major ethnic groups: Bidayuh, Iban, Orang Ulu, Penan, Melanau, Malay, and Chinese. Each of the houses here is inhabited by people from the ethnic group wearing their traditional costume and carrying our traditional activities. If you are interested to know more about the ethnic group, just approach these individuals and they will be more than happy to explain more.

After going around visiting the traditional houses, you should make your way to the theatre for the cultural show by the award-winning dance troupe. Informative, mystical, mesmerising, astonishing, funny (yes, funny!), entertaining—these are some of the words to describe the 45-minutes show. Definitely something you never want to miss when visiting Sarawak Cultural Village!

So much more to uncover
Kuching has a lot to offer to its visitors that we barely scratched the surface here. For the next installation, we will look more on the rich flora and fauna, as well as its mesmerising landscape.