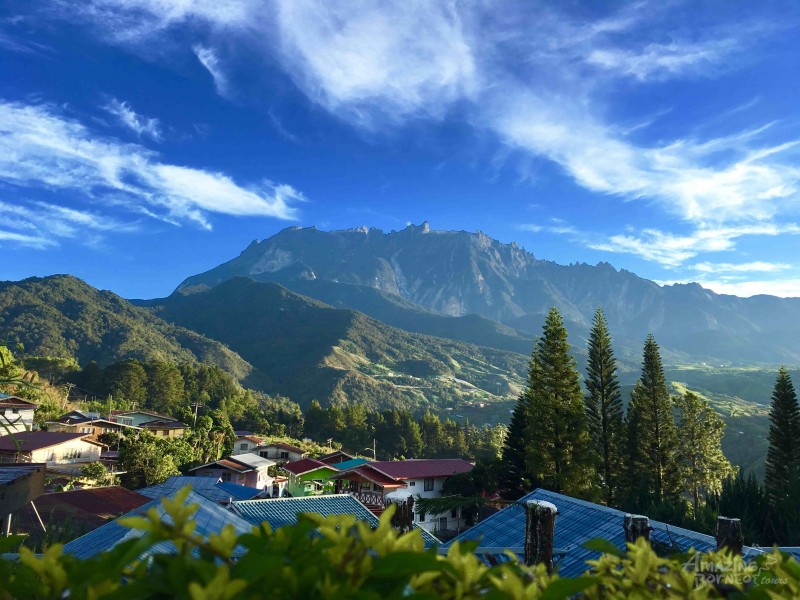 Even until this day Mount Kinabalu’s name remains shrouded in mystery. From 1851 when Hugh Low and other climbers attempted the first recorded ascents they observed the local guides were carrying an assortment of charms and performing religious ceremonies upon reaching the summit. Since then there have been several traditional Kadazan/Dusun myths and legends recorded that tell the story as to why the guides revered and respected this ancient monolithic giant so much and why it was named as it was.Image Credit: https://www.tripoto.com

There are 2 reasons that give suggestion to why Mount Kinabalu was named as it was, the first is from the traditional Kadazan/Dusun tribes who believe that the mountain is essentially their version of “Heaven” or “Nirvana” with the original name being “Aki Nabalu” meaning “The revered place of the dead”. This is where their spirits go after death where they get sustenance from a moss that grows at the summit.

The second reason is attributed from the old story of “Kina Balu” where Kina translates as “China” and “Balu” means “Widow”. In one version of this tale there was said to have been a dragon guarding a precious and magical jewel at the summit of the mountain. Many Chinese soldiers had perished while attempting to relieve the dragon of its treasure and therefore many Chinese women became widows, thus the name Chinese Widow came about.

Other more romanticised accounts document the story of a Chinese prince who ascended the mountain, killed the dragon and seized the pearl. He later married a local Kadazan woman, only to abandon her to return to China. Stricken with such unbearable grief the wife wandered to the mountain to mourn her loss and was turned to stone by the spirit of the mountain.

Upon completion of their godly tasks they sent an eagle called Kondiu to fly high in the sky and report on the beauty of their creation. However Kondiu brought news that shook Kinohiringan’s pride to its foundations – The cloud was much too small for the size of the earth below it.

Upon learning of her husband’s shame, she at once set to work and recreated the earth to match the size of the clouds, setting mount Kinabalu (or Kinorungoi) as the centre of the world and reclaiming her husband’s pride.

It is uncertain whether this story explains the rocky peaks atop Mount Kinabalu or the creation of the mountain itself. It starts by telling us of an ancient giant king named Gayo Nakan, which translates as “big eater”. Living around the area of the mountain, the people there were struggling to satisfy Gayo Nakan’s enormous appetite. Upon hearing their complaints, the giant asked them to bury him alive. The people found it too difficult to bury him and having grown too impatient, the giant king said some magic words and buried himself down to his shoulders.

Disappointed with their efforts, he then told his people that due to their failure, while he would still help them in times of war, they would now be afflicted by drought and famine as punishment. Remorseful of their poor efforts and scared of the giant kings threats, the people began to practice sacrificial offerings at the wishing pool below Gayo Nakan, the giant king’s grave.

Whether you are a local Malaysian or foreign traveller, Mount Kinabalu offers amazing experiences visually, culturally and spiritually. Come and see it for yourself and book your tour of a lifetime now with the Mount Kinabalu Booking Centre.