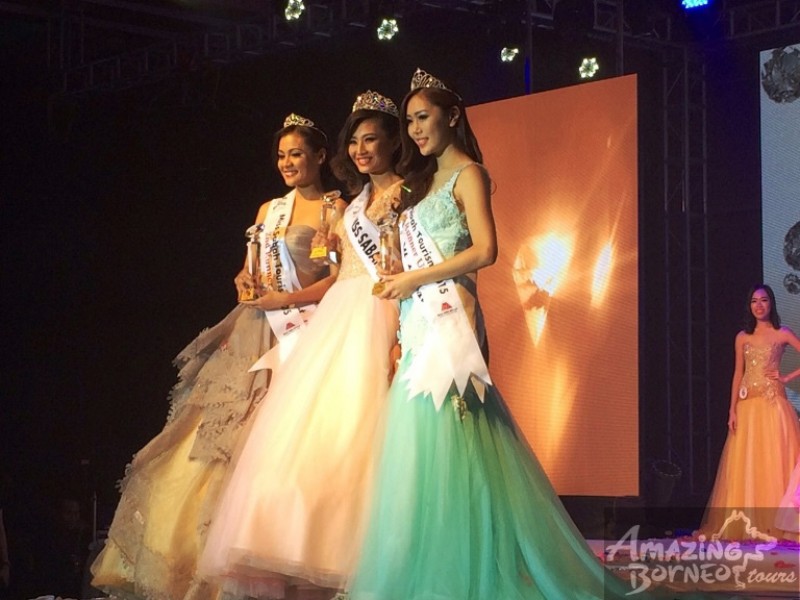 The pageant week for the Miss Sabah Tourism 2015 finally culminated with the Gala Dinner last night (Friday, 19th June), which was held at the Hakka Association Hall, Tanjung Lipat. If you ask us, there’s really nothing better to do on a Friday night than having a sumptuous dinner in the company of beauties!

The Gala Dinner opened with speeches by the State Director of Miss Sabah Tourism and Miss Malaysia Tourism 2009, Weena Marcus, followed by International Pageant Director from D’Touch International, Irene Liong and the Chairman or Sabah Tourism Board, Datuk Joniston Bangkuai.

As dinner was served, guests were also entertained by a catwalk appearance of the lovely ladies in the evening dresses sponsored by Life Bridal, a video presentation of the girls frolicking on the Mengalum Island beach and another video montage of the girls’ activities throughout pageant week--including a visit to Amazing Borneo Tours office--followed by an amazing talent performance by the finalists.

The Q&A session proved to be drilling at the very least, but the top five finalists managed to sail through smoothly, especially Pachara Emmanuel Apin who was clearly more confident compared to the rest.

Then, it was the time that everyone was waiting for: the announcement of the seven subsidiary titles given by the sponsors, including Amazing Borneo Tours.

After much debate throughout the week, everyone agreed that Janet Fabian has both the looks and personality suited to become the first ever Miss Amazing Borneo. Janet was presented with a sash and trophy by Miss Ruth Chua, representing Amazing Borneo Tours.

And the winner is…

The Amazing Borneo team with the queen herself!

Once again, we would like to congratulate Janet for being crowned Miss Sabah Tourism 2015. All the best, Janet. See you soon!