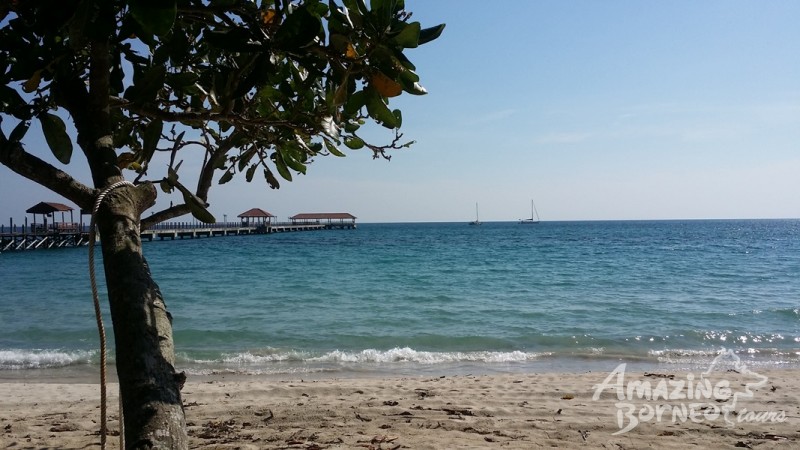 The words ‘Pulau Tiga’ is forever paired with ‘Survivor Island’, all from degree of fame it gathered from the filming of the Hit Reality Game Show ‘Survivor’ during their 1st ever season on the island itself, for those who don’t already know.

Like all hidden gems far-flung from the city with a promising all-embracing scenery, the journey starts with a 7AM wake up call. By 7:30AM, I was already in a van being whisked through the rural interiors of Sabah heading to the Kuala Penyu Jetty.

Tick tock, 2 hours till my feet meets the sand!

Upon arrival on the jetty, a quick hop on a speed boat ushers you through crisp sea breeze and sights of a typical fishing villages.

You’ve got all the time you want to take in the big island blues as you thread into the island on the long boardwalk.

You don’t even need a filter for this beauty.

Residents of Pulau Tiga, Monitor Lizards. Normally, they usually mind their own business and stay away from humans unless, you provoke them. So, don’t. Same goes to the Monkeys you see hanging about, each to their own.

After settling in, we head straight into the day’s agenda. First up, Snake Island, also known as (Pulau Ular or Pulau Kalampunian Damit).

Legend says, Snake Island is the resting place of a heart-broken princess. Her lover was cursed into stoned by a black magic spell casted by her sisters.  The angry king penalized the evil sisters by turning their islands into mud volcanoes (Pulau Tiga)

Relatively tiny I’d say, you could even round the island in 15 minutes. Besides the snakes, the Pisonia Trees are an interesting feature, creeping down sandstones, lime-stones and clenching tight onto the shale of the island, something you’d see in Avatar.

No worries about wrestling cobras, there will be a guide with you at all times.

Snakes aside, it was time for us to sport our snorkeling gears and jump right into the cool blue.

For those who wish to sit this one out, Sands Pit Island boasts a lush expanse of white sand fringed by palm trees, great for just stretching out in the sun, perhaps build some sand castles if you wish to relive those childhood memories.

Cool fact, Sands Pit Island was once just a sandbar above the sea. It looked nothing like an island. However, over the years, Casaurine trees and salt-loving vines (Beach Morning Glory) started getting friendly in the island heat, giving the white sand bar a dose of green.

All the fun in the sun sure got our stomachs rumbling. Lunch was a grandiose splurge of seafood, scrumptious barbeque Seafood.

Eat to your heart’s content. The leftovers will be turned into a feeding frenzy for the fellow monitor lizards.

After lunch, it’s finally time to get on that Volcano Trail. By ‘Volcano’ I mean, not the eruptive kind, but one that bubbles from deep within the earth.

Legend Says, It is mineral-rich and greatly therapeutic for your skin. I wasn’t on a quest for luscious glowing skin, but, I jumped right in. Just to experience what it’s like to be in a pool of mud.

Closest thing I could get to that ‘Help me!!!!! I’m drowning in Quick Sand!!!!’ experience. I watch too much movies.

Its very, very, thick and sticky, so you might want to get a helping hand getting out. But one thing is for sure though, it doesn’t suck you in and swallow you into the earth’s core. So we had plenty of fun goofing around.

Walking back to the Island’s shore was also part of the fun, great camouflage but mighty slippery. So watch out.

Public conveniences (Toilets with shower rooms) are available. But I decided to take one last dip in the sea before heading for a proper shower.

By 3:30PM, it was time to pack-up and bid farewell to this patch of land, Pulau Tiga. Back to where we started, long walks on the jetty, breezy boat rides and then back to Kuala Penyu where the much anticipated air-conditioned van awaited us.

Sunsets from the journey back to Kota Kinabalu was like Pink Lemonade splashed across the sky. What a terrific end to the day. 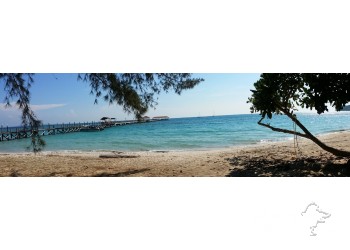 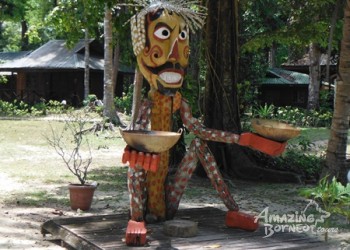 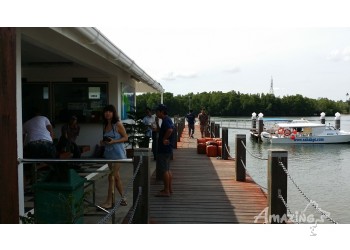 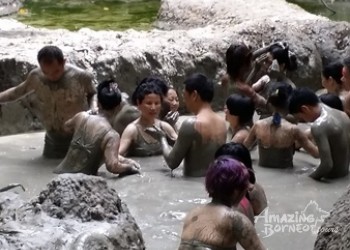 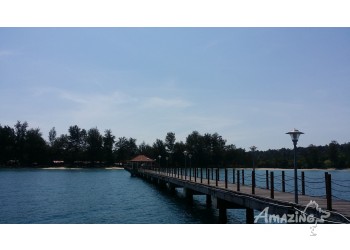 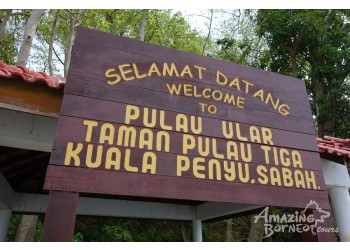 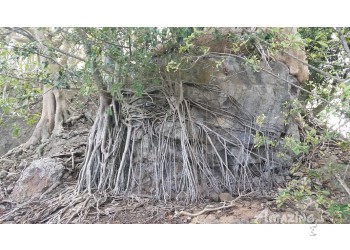